After completing House K, it was time for his promotion, as usual, upload the work in Evermotion,
Was well received by critics and was frontpage.

It is a recognition of many hours of work, which is always welcome. I leave a picture of the day on the cover. 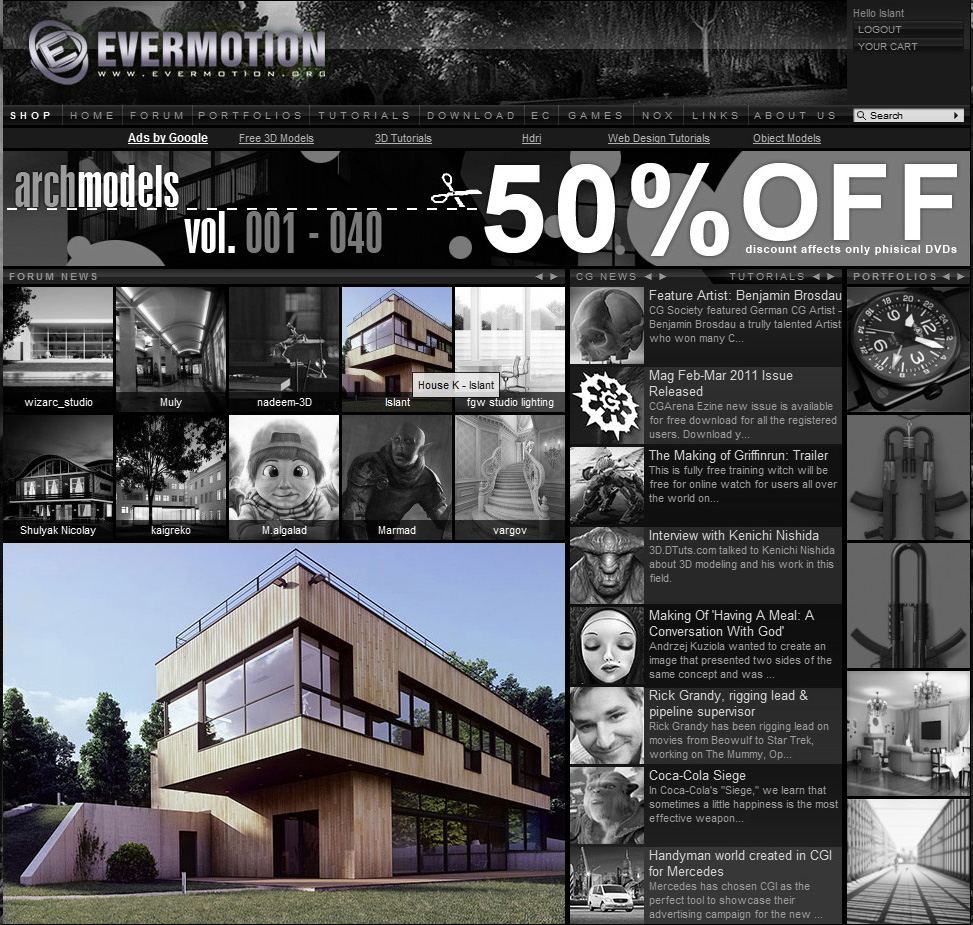 You can visit the forum thread on the link below: House K in Evermotion

This site uses Akismet to reduce spam. Learn how your comment data is processed.